In August last year our guest speaker was Cathy Barbagallo from the Melbourne Modern Quilting Guild. Her talk inspired one Waverley member to get together with others interested in exploring Modern Quilting. Darelle approached the committee who thought a new group was a great idea if there was sufficient interest. There was.

Waverley Moderns began meeting on the fourth Sunday of the month at Wadham House, Mount Waverley.

Darelle spoke about this new venture at the June meeting and showed a few of her quilts and many of her tops. She really likes the piecing side of quilting! Her work shows a love of colour, often from a restricted palette, and the patterns that can be made from a simple block structure. The first of these is a year quilt made in 2000. 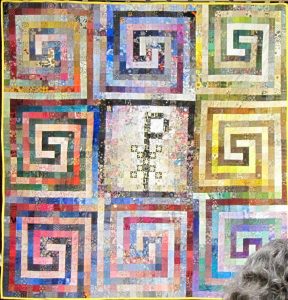 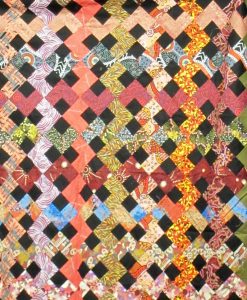 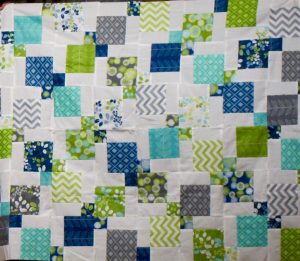 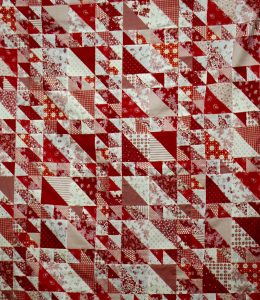 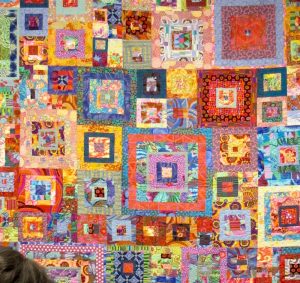 While most of the regulars are just dipping a toe into this new style, we look forward to seeing their work at out next Quilt Show.

Waverley Patchworkers Inc is a group of about 300 patchwork and quilting enthusiasts located in the eastern suburbs of Melbourne, Victoria, Australia. We meet regularly to share our passion for all things textile.
View all posts by Waverley →
This entry was posted in News and tagged Modern quilting. Bookmark the permalink.