Visitors to the Waverley Patchworkers Quilt Show were invited to vote for their favourite quilt from all on display. Votes were also cast for the small quilt challenge on the show theme, Carnival.

The count for Viewers’ Choice was extremely close and it was decided to also award a Runner Up as it was obvious that both quilts were favourites. They are both original designs and reflect the diversity of styles on display at the show. 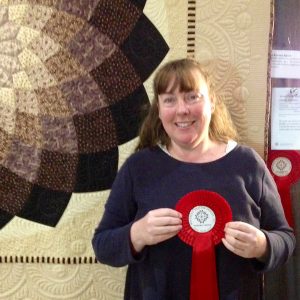 Speaking with Desley she said that the design idea started with the border quilting element that she had used on a customer’s quilt and wanted to use again. She loves the Michelle Yeo Dahlia templates and asked her to make a middle size and small set. The overlapping elements reminded her of fireworks and these bursts influenced the rest of the quilting design. It is quilted by Desley on a hand controlled track mounted long arm machine. The dark fabric on the back was chosen to show off the quilting. 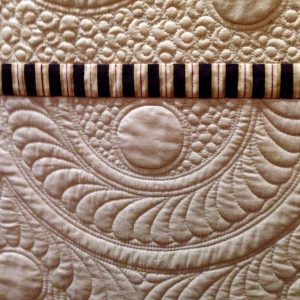 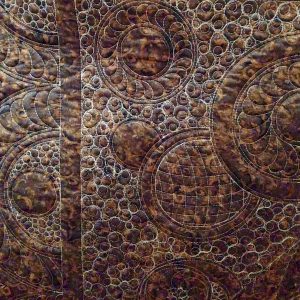 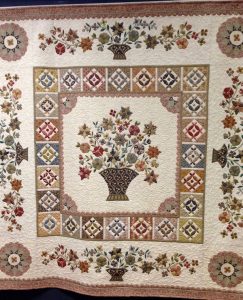 All appliqued motifs and the pieced and appliqued border are fussy cut. I couldn’t stop! I have lost count of the fabrics used in this original design quilt.

Quilted by Leanne Kaufman of Leanne’s Quilting Service. Rivka was thrilled with the way Leanne enhanced the design with her quilting. 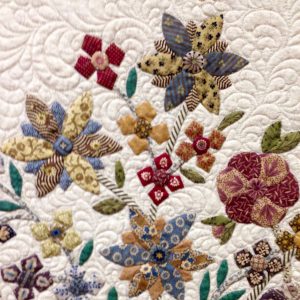 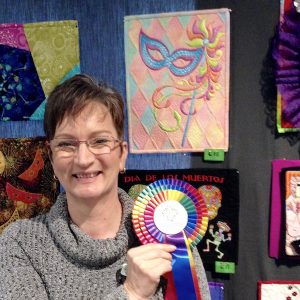 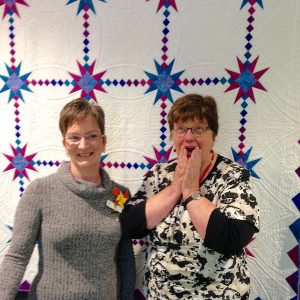 It doesn’t often happen that the winner of the raffle quilt is in the building. In this case Wendy was not in the room – she was still working in the kitchen. But it did not take her long to claim her prize and thank Naomi the designer of the quilt.

Waverley Patchworkers Inc is a group of about 300 patchwork and quilting enthusiasts located in the eastern suburbs of Melbourne, Victoria, Australia. We meet regularly to share our passion for all things textile.
View all posts by Waverley →
This entry was posted in News, Quilt Show and tagged Waverley Quilt Show. Bookmark the permalink.