Congratulations to all the Award Winners at the Waverley Patchworkers Quilt Show.

Two awards were presented on Saturday, the third had to wait until Sunday when the winner was the show.

Marie Hart Award, named after our much loved Life Member who has worked tirelessly in all aspects of Waverley Patchworkers. Marie’s choice is to award a beginner quilter. 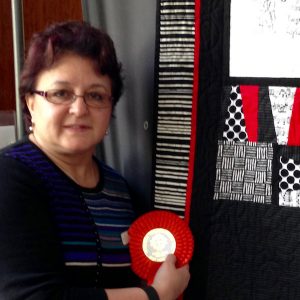 A collection of my son’s drawings made when a child. The back depicts memories of our special moments together: movies, sports, songs and laughter. A gift on his 21st birthday. 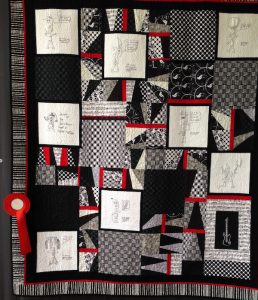 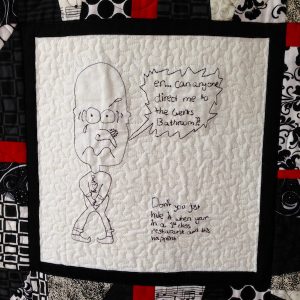 June Lyons Award, named in honour of a past President and influential teacher. The choice of the Quilt Show Committee and must be a quilt that has been sewn and quilted by hand or machine by one person. 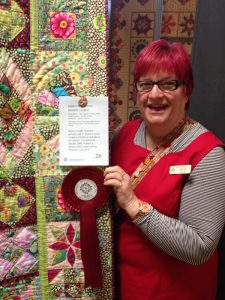 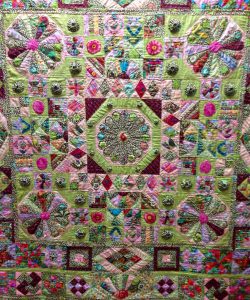 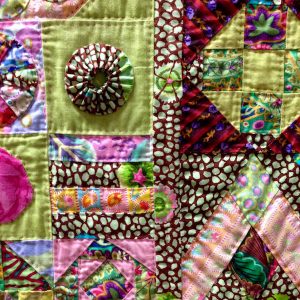 Dawn Burrows Award
Selected by the current President and named after the founder and first President of Waverley Patchworkers. 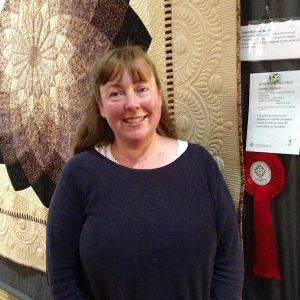 Desley Maisano “Windmills of Your Mind

The quilt was pieced using Michelle Yeo’s Dahlia templates. I chose the fabrics using the centre fabric as inspiration. 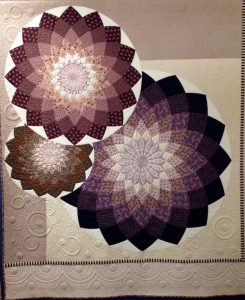 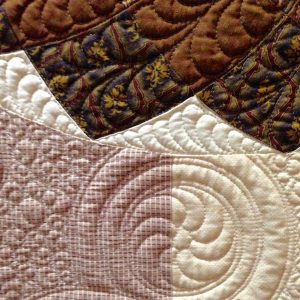 Waverley Patchworkers Inc is a group of about 300 patchwork and quilting enthusiasts located in the eastern suburbs of Melbourne, Victoria, Australia. We meet regularly to share our passion for all things textile.
View all posts by Waverley →
This entry was posted in Uncategorized. Bookmark the permalink.