The Waverley Patchworkers Quilt Show is an exhibition of members’ work and as such is not juried or judged. However a number of awards are presented and these are named after specific members who have made a significant contribution to Waverley and are a part of our story.

Selected by the current President and named after the founder and first President of Waverley Patchworkers. 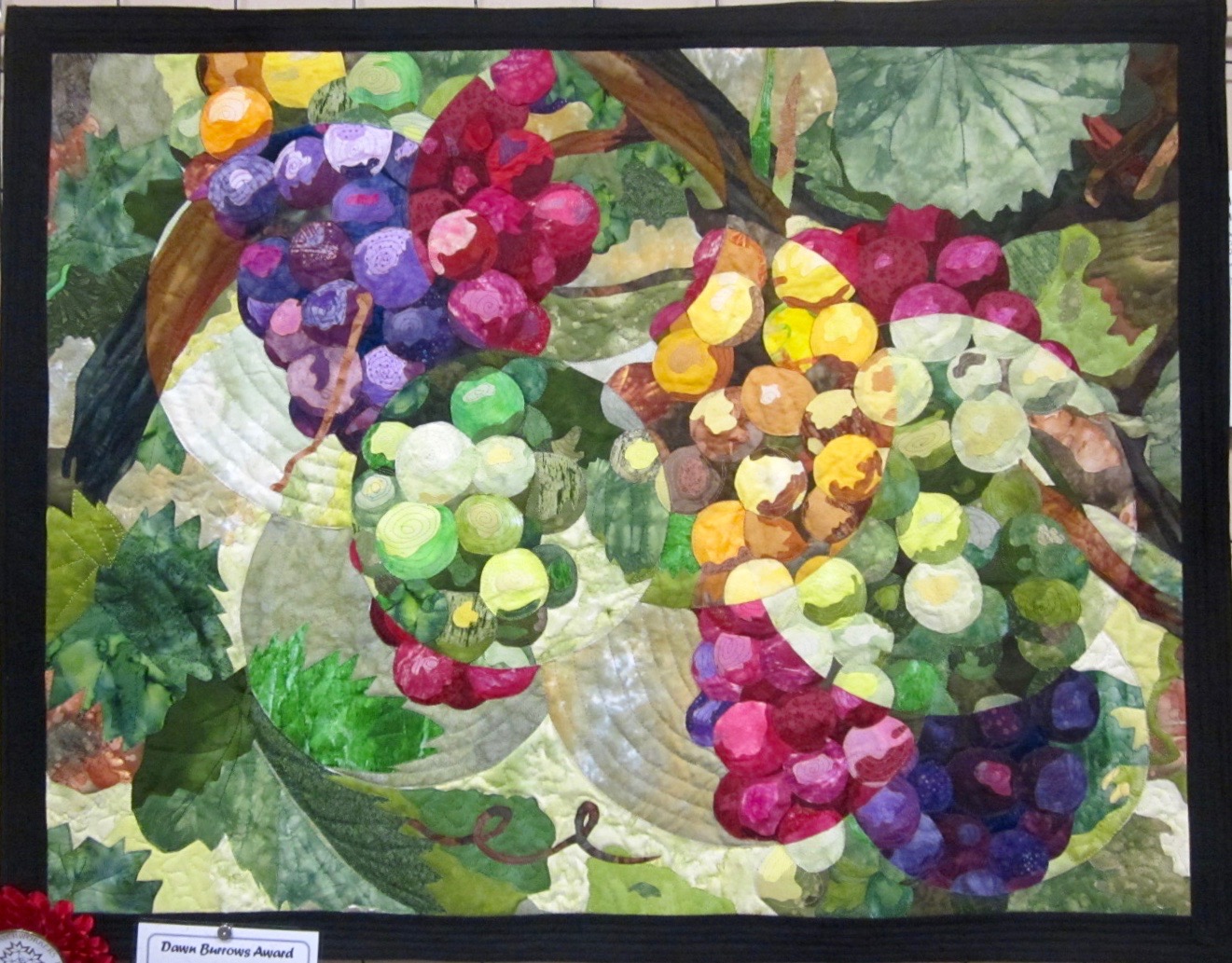 Named after our much loved Life Member who has worked tirelessly in all aspects of Waverley Patchworkers. Marie’s choice is to award a beginner quilter. 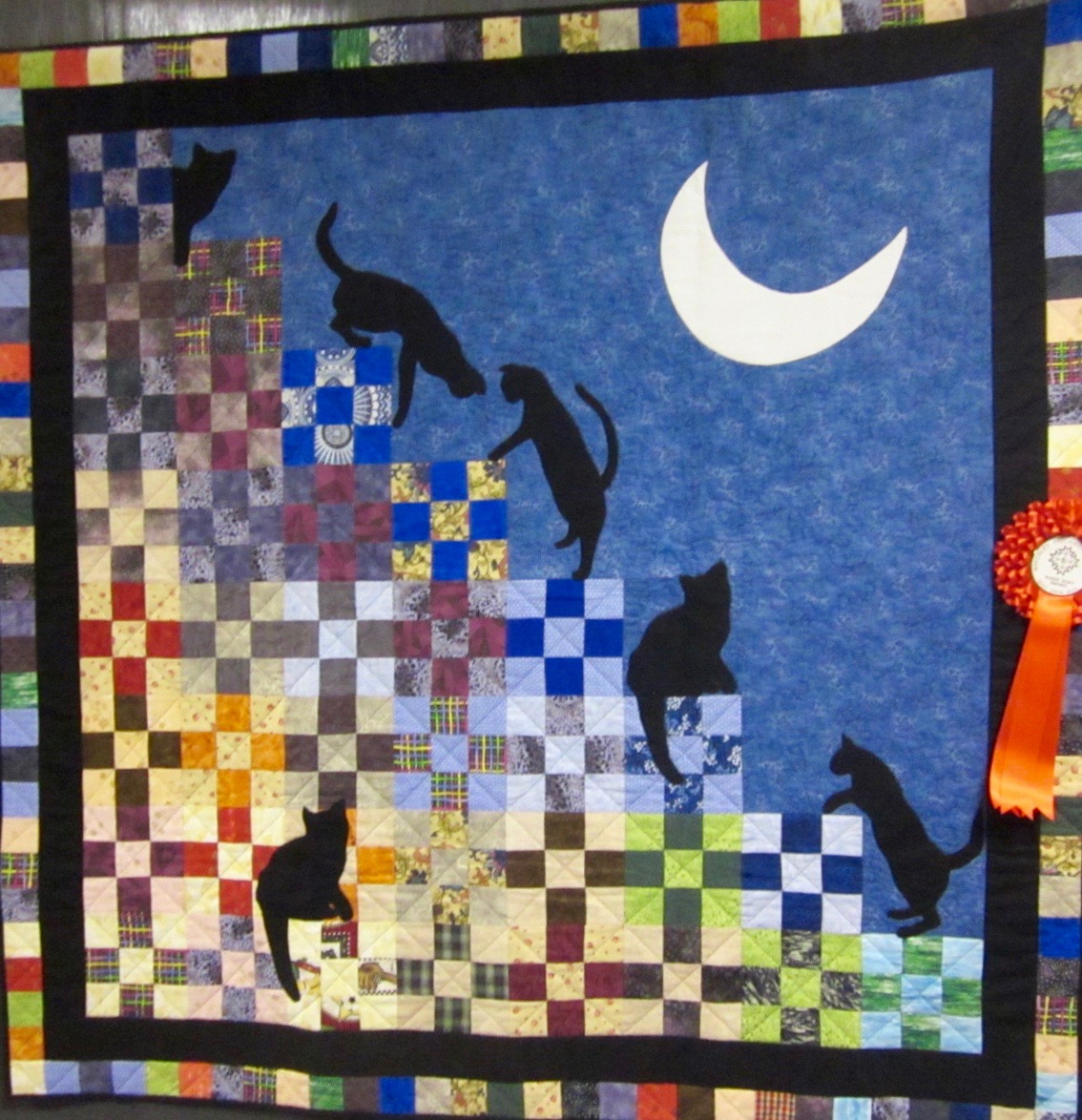 2014 Winner Stairway to Cat Heaven by Dianne Schwab Designed by Barbara Dubovsky,  Made for her sister Judi in memory of all her beloved cats.

Named in honour of a past President and influential teacher. The choice of the Quilt Show Committee and must be a quilt that has been sewn and quilted by hand or machine by one person. 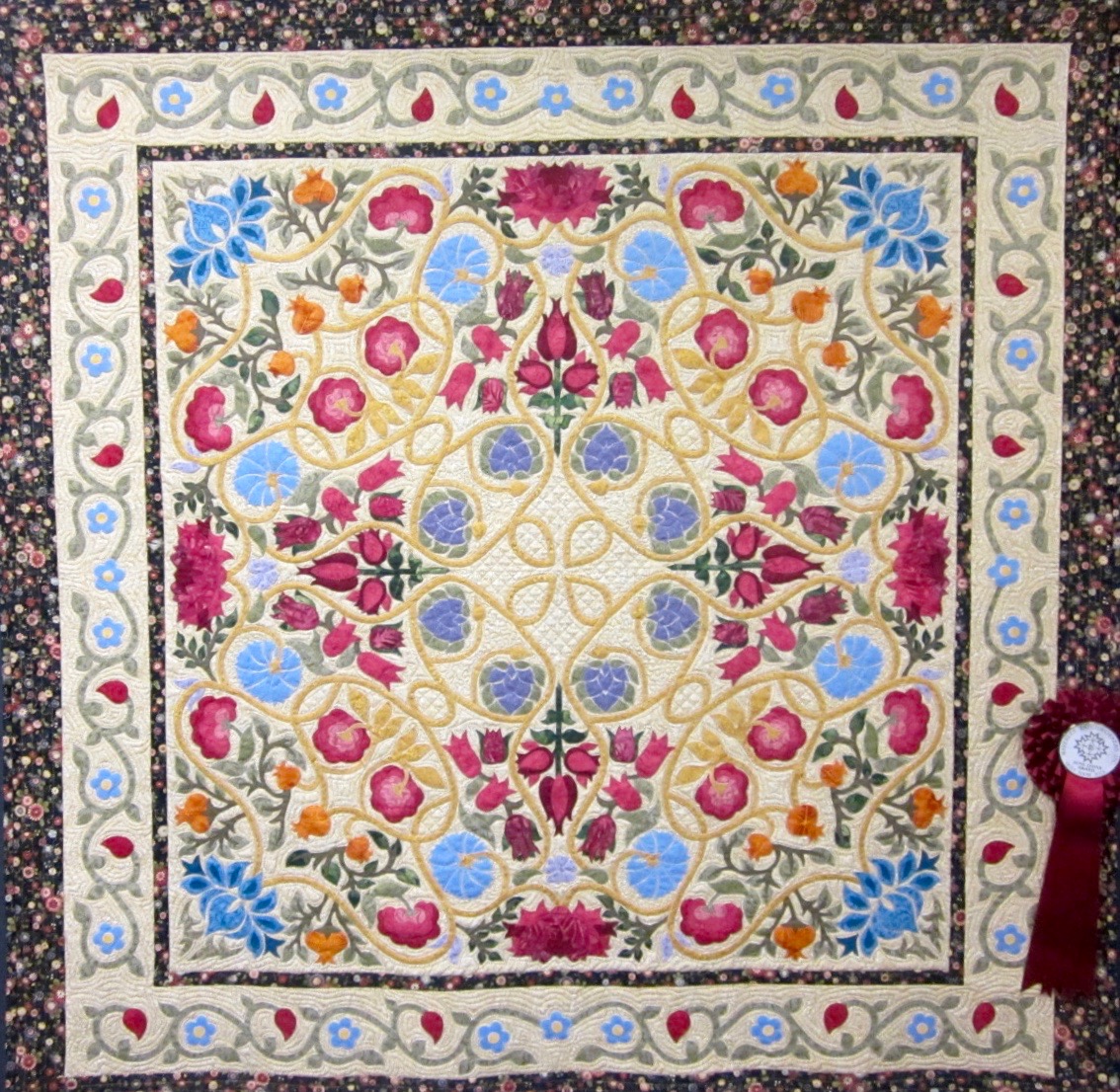 2014 Winner Morris Magic by Jan Smart, designed by Michele Hill. A variety of fabrics were needed for this quilt, many of which came from Jan’s William Morris collection. Ten metres of ¼” bias were made for construction of the vines.

This final award is chosen by the viewing public, so don’t forget to put your vote in when you visit our show. Full details are on the Quilt Show 2016 page.

Waverley Patchworkers Inc is a group of about 300 patchwork and quilting enthusiasts located in the eastern suburbs of Melbourne, Victoria, Australia. We meet regularly to share our passion for all things textile.
View all posts by Waverley →
This entry was posted in Quilt Show and tagged 2014 Waverley Patchworkers winners, Quilting Exhibition Melbourne. Bookmark the permalink.